Condensing vs. Non-Condensing Boiler – Comparison of 2021

As you search online for boilers, you’ll encounter two types: condensing and non-condensing. Several units fall into either of those categories, but how do you know which one’s better? For starter, you’d have to look at the biggest differences between the two.

Luckily, we’ve got you covered. In this article, we’ll discuss some of the most significant differences between condensing vs. non-condensing boiler, which should provide a clear picture of what unit is the right one for you.

The methodology to see the differences is to take a few units from each type and review them, which is what we’ll do here. Let’s begin with some of the top condensing boilers.

These boilers are what most households need nowadays. The condensing units not only offer incredible performance, but these devices also provide plenty of innovative and user-friendly features that everyone enjoys.

You’ll see what we mean once you read our review on the first unit included in this category.

As mentioned early in the article, we’ll start by taking a closer look at some of the most reliable condensing boilers available. Brands like Rinnai and Noritz are at the top of the competition, and some of their appliances are here.

The Rinnai V65iN is everything you’d expect out of it. It’s a unit that works on natural gas, and its design is for indoor installation only. While active, it’ll deliver up to 6.5 GPM of hot water, although it could vary depending on groundwater temperatures.

This machine is compatible with mobile devices to make your life easier. The Control-R 2.0 application provides useful features such as timers and schedules, which users will be able to set during the day. Even if you’re away, controlling the V65iN is still possible because of this app.

Other than scheduling the running time, you can set the unit to vacation mode through this app.

We’re continuing with another Rinnai condensing boiler, as it’s among the most popular currently available. The unit runs on natural gas, while also providing versatility when it comes to the venting options; you can use this machine for single-pipe settings, room air, and two-pipe structures too.

This boiler is a compact, wall-mount unit, which means that it won’t consume much space. Thanks to the stainless steel build, the boiler performs well for many years, becoming a reliable heat exchanger that people would be glad to have at home.

By featuring an integrated modulating pump, and a reset sensor, homeowners will be able to set the unit outdoor with no issues.

You’ll see plenty of non-condensing boilers created by Takagi, but the brand also has condensing models. The T-H3-DV-N is one of them, and it’s also compact, energy-efficient, and capable of providing hot water to satisfy on-demand usage.

Not only that, but the unit is safe to use too. It features computerized safety measures to keep the heater up and running at all times. Additionally, there’s no pilot light either, which is something that used to frustrate many people.

Other than being convenient and safe, this product from Takagi is highly powerful. While operating, it’ll deliver an outstanding amount of 10 gallons per minute, which should be enough to supply several areas of the house at the same time.

Rinnai, as a brand, continues to put out machines that most people can use for many purposes. The M-Series is another line of products coming from this manufacturer, which includes several condensing boilers worth every bit of money invested.

The number of boilers offered in this series is eight. They do share some similarities but also some differences too. For example, they’re all compact units, and they all need either gas or propane to operate.

So, what are the differences? The most noticeable change from model to model is the electrical consumption. While some work on 185W, other units work on 191W.

Noritz is yet another brand that has provided useful appliances for homeowners over the years. The company’s CB line of combi boilers is proof of that, as it offers outstanding boilers such as the CB199 model.

This machine has a 95.1% AFUE rating, and it’s capable of delivering 9.2 GPM, making the unit both reliable and efficient.

If safety concerns you, as it should, then you’ll be glad to know this unit is a safe machine. It features built-in prevention mechanisms such as sensors to keep overheating and other risks controlled.

Another built-in feature customers will like is the automatic water feeder, which maintains pressure on the hydronic system to provide the water needed.

Over the years, non-condensing boilers have suffered great damage from the newly, more modern boiler units that offer better technology. However, that doesn’t mean they’re completely useless, as these units are still capable of providing a good performance.

Although you can’t expect them to feature state of the art technology and innovative designs, non-condensing boilers put up an efficient performance. The GPM delivered by most of these units isn’t bad either, which is convenient for a lot of households.

Next, we’ll discuss some of the most valuable non-condensing boilers available. Just like before, the brands included here are among the most popular and reliable.

This non-condensing unit is perfect for residential and commercial purposes, as it includes a fully modulating system that provides many benefits.

Though it works on natural gas originally, there’s the option to convert it to liquid propane. The maximum input delivered is 199,000 BTU.

The unit features several security measures too. For instance, there’s protection against freeze and overheat, guaranteeing the appliance works constantly.

With an integrated controller, customers will have total control over the unit’s performance. Changing temperature is only one of the many tasks you can do thanks to this controller.

Lastly, the multi-link technology allows you to set up more than one unit if necessary, which is quite helpful to supply large facilities.

If there’s anything Takagi does right, then that would be producing high-quality appliances with reliable performance. The TK310UENG non-condensing unit, for example, features several thermistors that keep track of the temperature constantly to prevent any incidents.

The compact design allows you to set the unit up without consuming too much space. Once set, the TK310UENG model provides hot water for a maximum of three bathrooms in total. It’s a unit that works well in warm climates, and it complies with low NOx regulations.

Yes, this product also comes from Takagi. For over many years, this brand has managed to establish itself as one of the most popular ones, and its capacity to create non-condensing units is one of the reasons why.

For more convenience, this unit is compact and fully modulating. Setting it up doesn’t take much time nor space, making it an easier installation for most people. Although it’s up to you to decide how to use this appliance, it works better when it comes to residential purposes.

The following unit from Reliance is suitable for indoor applications only, and it won’t supply more than one major appliance at once. However, there are several reasons why people would want to consider purchasing this product.

While working, the unit delivers a maximum BTU input of 140,000, and it’ll provide around 5.1 gallons per minute. Even though it isn’t much when compared to other non-condensing units, the GPM offered is still good enough for many purposes at home.

Fortunately, there’s protection against freeze and overheating, ensuring the unit works safely at all times.

Featuring a commercial-grade copper build, and plenty of safety measures, this tankless water heater is a non-condensing unit suitable for many households. Much like most of Takagi’s units, you can convert the TK-310C-NI model from natural gas to propane thanks to the conversion kit.

The unit has an energy factor rating at 0.82, which is similar to other boilers from the brand. Keep in mind, though, this appliance is for indoor applications only. Standard features like a power cord and the conversion kit come included in the purchase too.

Another similarity between this unit and other products from Takagi is the low NOx emission, which is ultra-low and makes the boiler rather friendly to the environment.

What Are the Differences between Condensing and Non-Condensing?

What are the biggest differences between these two types of boilers? Here’s essential information you should know before picking either one.

Most people would argue that condensing boilers are far more energy-efficient than the non-condensing models. At the very least, condensing units are 25% more efficient.

With 99% of energy efficiency, as opposed to a non-condensing system’s max of 78%, condensing boilers are capable of saving a lot of money at the end of the month.

Installing a condensing boiler lowers carbon emission significantly, and that’s why it’s mandatory to use this type of boilers in some places. In a year lapse, condensing units will save around 1,200 kg of carbon!

As you can see, not only are condensing boilers useful for you, but they’re friendly to the environment too.

Although you won’t face major issues while setting up a condensing boiler, they could be quite complicated to figure out. Non-condensing boilers, on the other hand, are far less complex.

Another disadvantage of having a condensing unit is that they’re more expensive to maintain. The maintenance of non-condensing boilers is affordable, which helps save some money for the time being.

Still, even though condensing boilers could be expensive, they’re the better choice in the long run.

After reading about these appliances, it’s quite clear why many people consider the condensing boilers as the best pick when compared to the non-condensing counterparts.

Thanks to an efficient, eco-friendly, and reliable performance, units under the condensing category should be the go-to choice for every household.
Yes, there are some disadvantages like the expenses on installation and maintenance costs, but it’s all for the best.

When it comes to condensing vs. non-condensing boiler, those downsides seem justifiable, considering the condensing units are a long-term investment worth the money.

Baseboard vs. Radiator Heater – Comparison of 2021 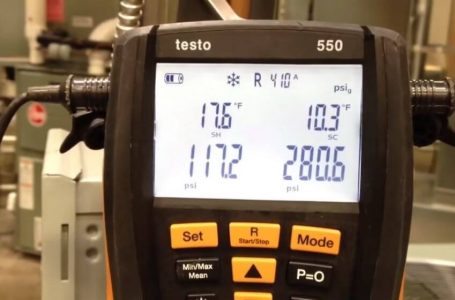 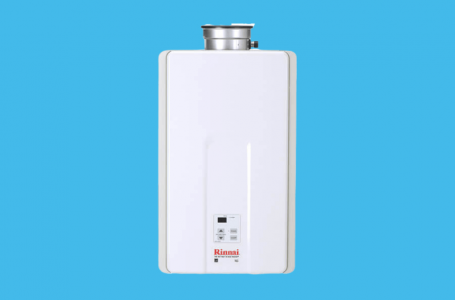 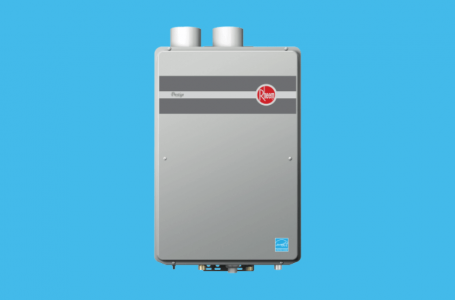 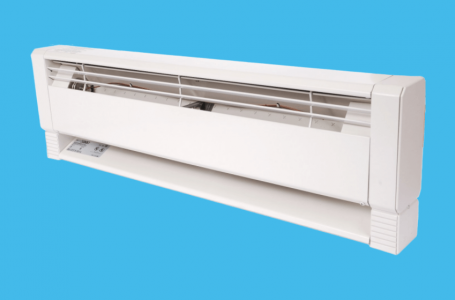 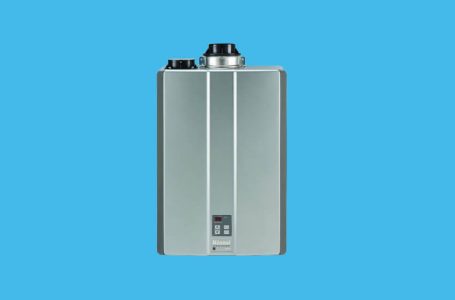 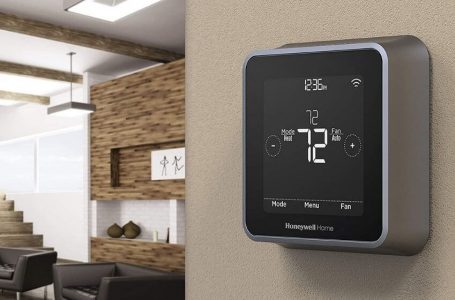 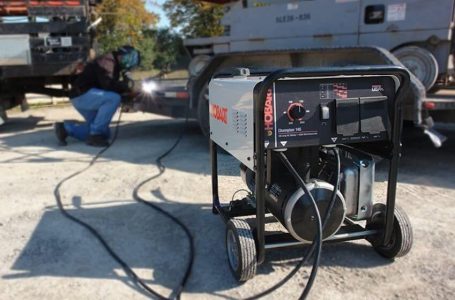